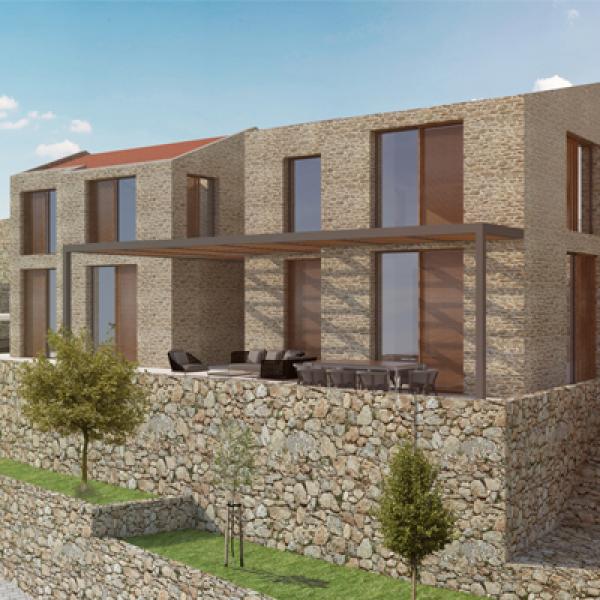 The design and execution project of the Headquarters of Amgen, one of the most important biotechnology companies of the world which is active in Turkey since 2005 has been done by Architect Özge Mermer.

The project situated in İş Towers encompasses 1.5 floors and an area of 1613 m2. Forseeing the new necessities of the company that grew fast in the last years and its potential growth in the next years, the project has been designed generally as an open office and the principle behind the design is to increase the motivation and productivity of the employees. Apart from the open office, the project includes Focus Rooms in case silent single person spaces are needed to concentrate and Collaboration Rooms, keeping group work in mind.

The entrance is designed to reflect the powerful stance of Amgen, using the dynamism of light and colors to the fullest extent and keeping the space intact with glass dividers.

Designed by M. Architect Atıl Beçin on the land situated in Emecik Village in Datça, according to the expectations and priorities of the building users and directed by the information gathered from them.

Since winter preparations will be made with the fruits and vegetables they grow in their own fields, in this building that will be used on and off twelve months every year, the kitchen is considered the most important part of the house in its settled condition.

The fact that the land situated at the foot of a mountain is the first parcel in the entrance to the village has been another factor determining the design. A specific scale has been protected to prevent the misperception of the village scale from the first house encountered at the entrance and the architectural language has been determined accordingly.

Because of another parameter arising from zoning restrictions, designing two different buildings on the land has been necessary. As the will of the contractor was to create guest spaces independent of their living areas, this factor has played an important role in the design of the building.

In light of this information, the first building is nearer to the village and designed as a mass showing its kitchen and living room in the entrance and bedrooms in the mezzanine. The spaces falling outside this scope have been located in the second building. That building has three guest rooms, and a second pantry with a lavatory which provides the chance to wash up after gardening work and get in the house after being cleaned.

Emecik House is designed as a composite building with an armed concrete load carrier. The fact that the building is situated on an earthquake zone and the restrictions placed on the window openings in massive stone buildings have been the factors preventing the building to be made only out of stone. By using half stone, half load bearing armed concrete for a 55cm wide wall, it has been planned to provide natural isolation for a house situated in a very hot region. The very important features of sun control and security, have been provided by moving facade panels. The panels are slid to change light levels and totally closed to convert the house to a totally closed box for security.

In the project which is completely scaled according to need and which has a design language totally complying to the culture and geography of the region, contrary to the popular practice, the upper limits placed by zoning conditions have not been forced.

In the 4x7-meter rectangle booth area, L shaped two sides are closed because of the neighbor rental booths. In this circumstance, a changing made in the plan such as; a diagonal empty space created to pierce through two sides of the booth facing the corridor, for preventing walking around the booth.

The visitors find themselves in spiral wall with this shortcut to connect two opposite walking sides. There are three options for the visitors when they are following the wall and the products: They get bored easily and when they find themselves in the corridor, they continue their tour with the other booths or; continue to follow the products and find themselves on the entertainment/service area and appease their hunger or; entering the main exhibit area they could partly see when they are following the wall and meet the manufacturers.

Curvilinear exhibit track can organize circulation in the limited areas and create display continuity between different functioned areas with its form.

It’s possible to encounter traces of the hardwood’s adventure; the log state, residual peels left after the process and finished hardwood product. These three stages are the parts of the booth. The neighbor walls are in implicated functionally to fixed platform like storage and projection.