In the project, an existing building located in Ulus, Istanbul was redesigned as an Infant, Child and Youth Health Center. The architectural design of the center was done according to main focus of the center that aims to establish an order which does not only deals with illness but one that is also interested in education, development, and protection of health which provides attentive, accurate, current diagnosis and treatment.

In the building, which was restructured with special emphasis on children´s happiness and safety, the idea of creating a social space in architectural sense for kids to feel like being in a game center rather than a hospital initiated the primary planning of the design. In parallel to this planning, by designing a colorful, lively and cheerful interior decoration, all furniture was manufactured in accordance with the intended usage.

The facade of the building which was redesigned in the scope of the project, was given an aesthetic appearance in way that enhances the charm of the center for children. After the architectural project was arranged of which the project management and implementation were carried out together, the request of the client to conclude the project management only in 40 days after the project initiated and to make the center ready to operate, was fulfilled smoothly thanks to the accurate evaluations devoted to the time planning during the arrangement of the process. 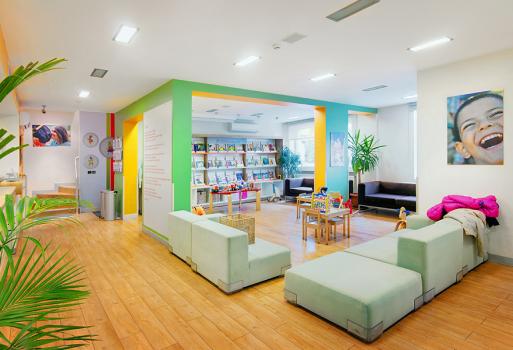 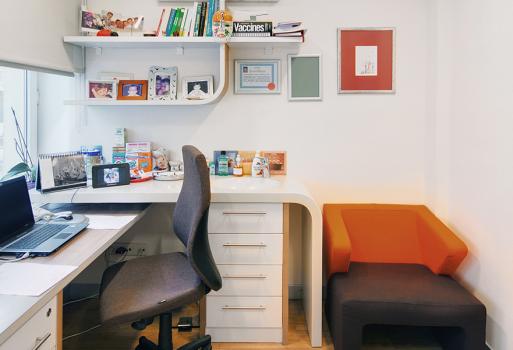 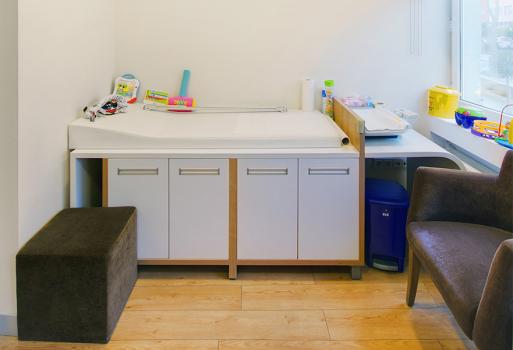