Turkcell has decided to implement the project which is the pioneer of its new corporate identity trials in which it aims to let customers experience rich spatial areas; at the store of 85 m² in Ozdilek Park Mall. Project´s aim was to create an interactive interface between the target audience and company, and the concept and application documents were prepared by One Agency. Oguz Bayazit Architecture Team was involved at the stage of transferring the projects into the space; and it has received Shell&Core manufactures from Mall Administration and completed the architectural, electrical and mechanical applications within the store. Furniture manufacture and assembly process was considered as user-oriented as it is a communication store; and it has been implemented in collaboration with One Agency. TIM Ozdilek Store was completed in 42 days in accordance wit the work program revealed during the field preparation process; and it was delivered to TIM in September 2014 after testing and operating stages and it was activated as the Mall was opened. 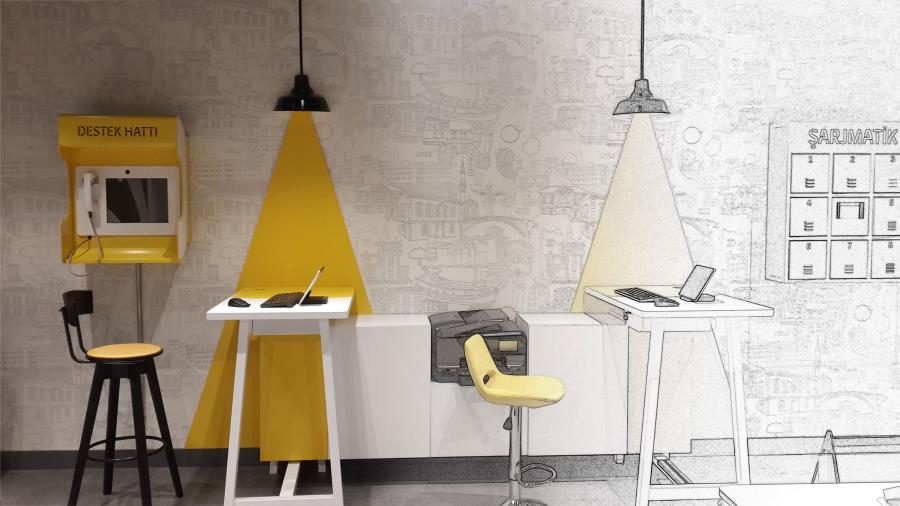